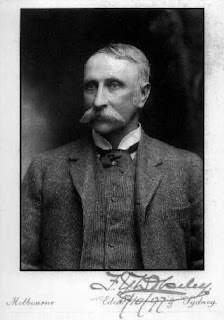 Frederick York Wolseley (1837 - 1899) was working in a Sheep shearing company in Australia. Wolseley invented a mechanical shearing machine powered by a gasoline engine and in 1887 formed the company Wolseley Sheep Shearing Machine co, in Australia. He hired Herbert Austin as the chief of manufacturing in his company. In 1893 , Wolseley moved his company to England.

Herbert Austin was more interested in motor cars than sheep shearing machines and in 1896 made the first Wolseley motor car - a three-wheeled motor car. 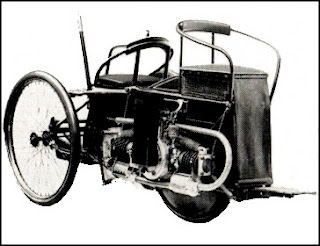 In 1897 , he made the second Wolsely car, named Wolsely Autocar No 1. While he demonstrated the ability manufacture cars, these early versions were not very successful.  In 1900, Herbert Austin created the first four-wheeled Wolseley car and in 1901 , the company Wolseley Tool & Motor Co was formed. 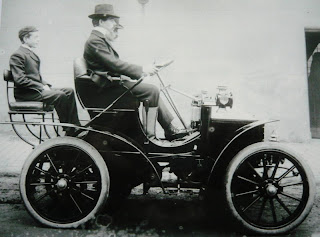 After the death of Frederick Wolseley , Herbert Austin had frequent difference of opinion with the company directors and left Wolseley to form his own company - Austin Motors, in the year 1905. In 1905 , Wolsely and Siddley Auto car company joined together to make cars under Wolseley - Siddley brand. A Wolsely - Siddley tourer. 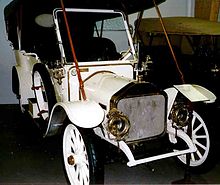 Some of the famous Wolseley models were Wolseley 25 and the Wolseley 6/80, a British Police car. 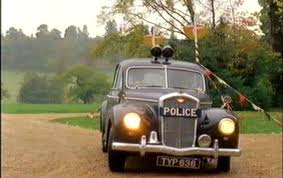 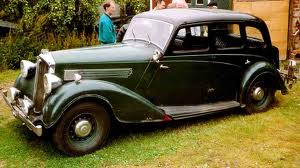 Over its lifetime , Wolseley changed many hands -

In 1914, the company was renamed as Wolseley Motor Co. In 1918 , Wolseley enters Japan through a joint venture with Ishikawa Ship Building & Engineering co to manufacture and sell Wolseley cars.  This compnay , in 1949, becomes Isuzu Motors. 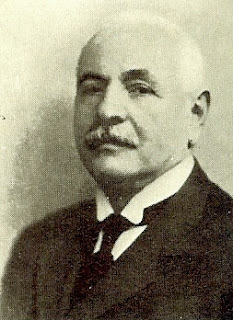 Edoardo Bianchi (1865 - 1946) -  an Italian,  started designing and manufacture of bi-cycles in the year 1885. Bianchi was the first to introduce same size tyres in the front and rear and in 1889 introduced Dunlop pneumatic tyres. In 1895 , he was called on to supply bicycle and train Queen Margharita on bi-cycle riding . This resulted in Bianchi designing the first "Ladies Bi-cylcle".

Bianchi is to be pronounced as bee-ahn-kee.

In 1897, Bianchi expanded in to manufacture of Motorcycles and in 1898 designed the first Motor car. The first motor car named Bianchina was 2 bi-cycles welded together with a De-dion engine mounted in between , driving the rear wheels. 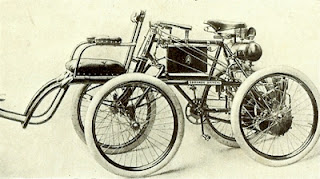 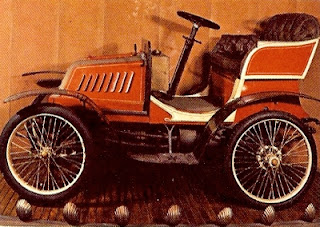 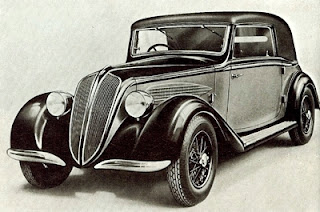 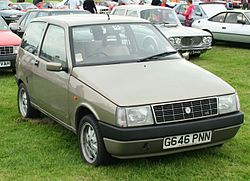 The last of the Autobianchi cars were produced in 1995. 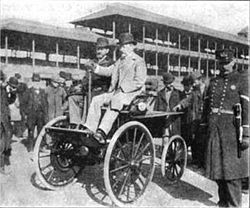 In 1896 , they founded the Electric Carriage and Wagon Company to manufacture and  supply electric cars for the New York Taxi so as to replace all the horse-drawn taxis of that time.

In 1899, sensing possible success of electric mobility over Gasoline and Steam, Isaac L Rice of Electric Storage Battery Company bought over the Electric Carriage and Wagon company and renamed the merged entity as Electric Vehicle Company. The EVC sold about hundred vehicles to the New York Taxi fleet.


During this period , the electric , steam and gasoline cars sold one-third each and from then on steam cars and electric cars started losing traction, the former due to complexity and latter due to battery/range/weight related concerns.

To shore up for the future , the Electric Vehicle company had bought the famous Selden Patent in 1899 , which requires all Gasoline engined automobile manufacturers to pay a royalty of 1.25% (later 0.8%) to EVC. As the revenues from electric cars started to dwindle, the revenues from royalties helped them. However, the Selden patent was challenged by Henry Ford and Thomas Jeffery which led to its overthrow in 1911 after a protracted legal battle.

The Electric Vehicle Company became part of United States Motor Company by 1910, which ultimately evolved in to Chrysler.
Posted by Unknown at 5:02 PM No comments: 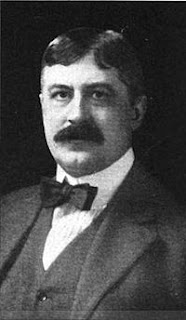 Andrew Lawrence Riker (1868 - 1930) of America started experimenting with electric motors and electric vehicles in 1884 at the age of 16. After completing his studies , in 1887 , he made the first electric tricycle by converting a mechanical tricycle. Riker Electric Motor Company was formed in 1888. 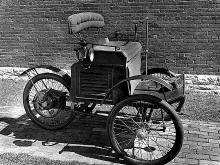 In 1894 , he constructed his first electric four-wheeler by joining 2 bi-cycles, fitting electric motors to rear wheels and housing the batteries below the seat.

Riker Electric Motor Vehicle Company was formed in 1899 and many models of Riker electric cars and trucks were made. Some of the well known models were - 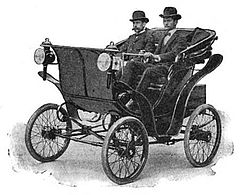 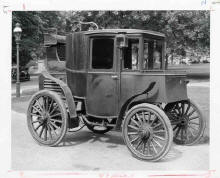 Riker realized that the best way to promote his cars is through racing and in 1901 he constructed the Riker Torpedo and raced to speed record of 57.1 mph in an electric car . The record stood for more than 10 years 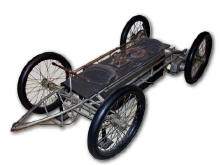 Andrew Riker left Riker Electric Motor Vehicle Co in 1901 and joined Locomobile company and was involved in designing and developing Gasoline automobiles for Locomobile co. In 1905 , Andrew Riker was elected as the first President of SAE.

Posted by Unknown at 3:49 PM No comments: 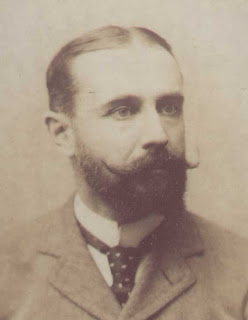 Emile Delahaye (1843 - 1905), a Frenchman , got interested in steam engines and petrol engines. During 1894 , he manufactured his first automobile and displayed it in the Paris Motor Show. 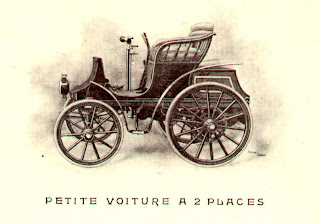 In order to gain publicity , Emile Delahaye built cars and raced in the 1897 Paris - Marseilles race with a Delahaye 6 HP car. 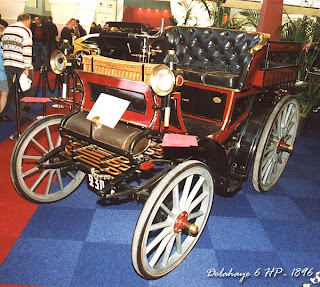 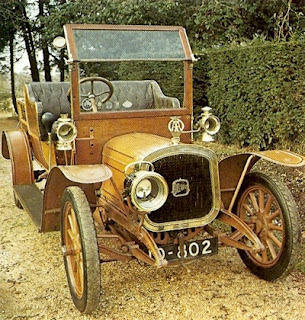 In the 1930s , in the midst of crisis in the French Auto industry , Delahaye decided to move in to sports cars . Engineer Jean Francois was given the project and thus born the famous Type 134, Type 135 , Type 138 cars with large 6 cylinder engines. 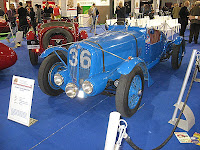 One of the famous such car was owned by actress Diana Dors , a Delahaye 178 - 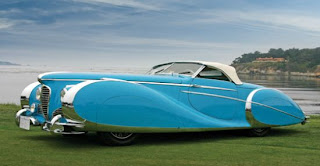 After the war , Delahaye designed and developed a model to compete with the famous "American Jeep" , called the Delahaye VRL-"Vehicules Leger de Reconnaissance".  Around 10000 of these VRLs were sold to the French Army. 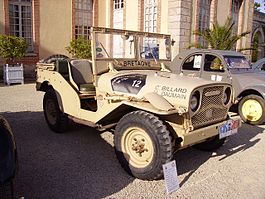 Delahaye acquired the other French car manufacturer , Delage in 1935. In 1954 , Delahaye was taken over by Hotchkiss and the brand Delahaye slowly disappeared.
Posted by Unknown at 10:03 AM No comments: