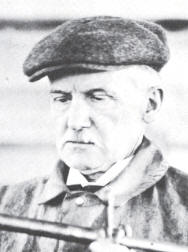 George B Selden (1846 - 1922) was a patent lawyer and an inventor. In 1879 , he filed a patent for a horseless carriage - Road engine powered by liquid-hydrocarbon engine of the compression type. After many updates, the US patent office finally  awarded the patent to him in 1895 - Patent no 549.160. The liquid-hydrocarbon engine mentioned in the patent was of the Brayton cycle type.

Even though George Selden never built an automobile , he intended to use the patent effectively to collect royalties. In 1899, Selden sold the patent to Electric Vehicle Company (EVC) who wanted to control the Electric vehicle business by controlling the Gasoline powered automobiles through the Selden patent. Immediately they filed patent suit against Winton Automobiles who were one of the largest sellers of automobile.

By 1903, 30+ automobile manufacturers got to togather to support the Selden patent with a view to limit and shut out competition, called the Association of Licensed Automobile Manufacturers (ALAM). The Association would pool in royalties from the members and use it partially to find patent infringement cases. Winton joined the ALAM and the case against him was dropped.

In 1903 , Ford Motor Co decided to contest the patent by refusing to pay royalties and a long drawn legal battle ensued. In 1909, Ford lost the case as the judge ruled in favour of Selden. Ford appealed and, in 1911 , the US courts ruled against the Selden patent , the main reason being that the current automobiles use Otto cycle engine and not Brayton cycle engine.

Thus, one of the longest patent battle for the Automobile ended in 1911.

George Selden did found an automobile company in 1905 and they produced cars between 1909 and 1911.  The Selden Motor vehicle company ceased production in 1911. 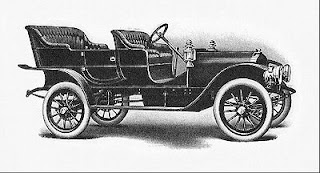