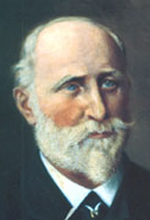 After Adam Opel's death , his sons Fritz Opel and Wilhelm Opel decided to design and manufacture Automobiles. In 1899 , they teamed up with Friedrich Lutzmann to develop a Motor car and the Patentmotorwagen "Systeme Lutzmann" was born. 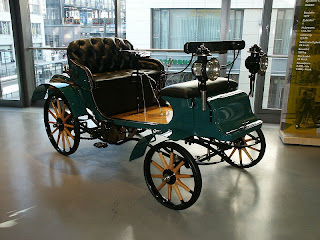 The design of the Patentmotorwagen was outdated and only 65 units were made before stopping manufacture.

In 1901 , the Opel brothers entered in to a licensing agreement with Automobiles Darracq to manufacture and sell Darracq cars - Opel body on a Darracq chasis, under the brand Opel-Darracq. A 1902 Opel -Darracq - 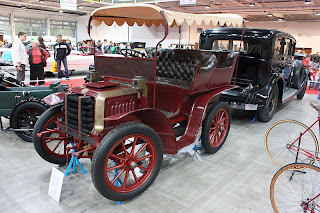 
In 1909, Opel introduced their small car - Opel 4/8 PS. This car came to be known as the "Doctor's Car" as it was very useful and easy to use for physicians making house calls. It was one of the first cars to have Opel insignia in the radiator. 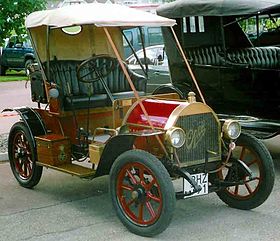 In 1924 , Opel introduced a cheaper 2-seater car called Opel Laubfrosch - meaning tree frog. The name tree frog due to its protruding headlamps, boat-like rear and green paint. The car was manufactured in the first  mass production facility of Opel  in Germany. There was an unsuccessful claim by Citroen on the originality of the design this car. 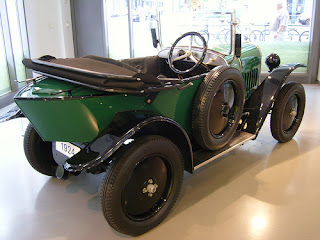 In 1928, Opel was acquired by General Motors and became subsidiary of General Motors covering the European market. Opel went on to manufacture many well known models - Opel Kapitan, Opel Olympia, Opel Kadett etc. A 1936 Opel Olympia which was released to commemorate the Berlin Olympics - 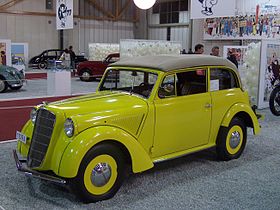 During the war, Opel made trucks, the famous being the Opel Blitz - German for lightning. The lightning symbol forms a part of Opel's logo today. A Opel Blitz truck - 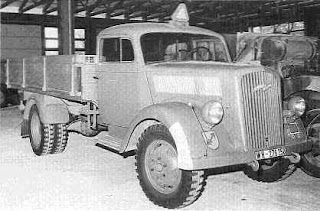 The evolution of  Opel Logo -

The Opel "eye" logo which was used till about 1935

The Opel logo during the wars - airship inside an "O" depicting German Engineering. 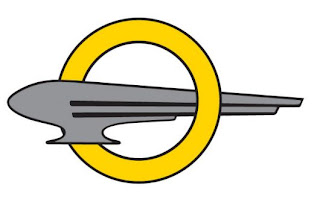 The current Opel logo from 2010 onwards - 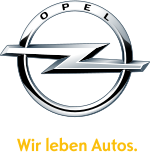