Frederick Lanchester (1868 – 1946), one of the most famous automotive engineers from England, started his career building engines for boats. In 1895, he developed a four-wheeled, 5 hp petrol engine vehicle equipped with an epicyclic gear box with 2 forward speeds and a reverse. Even though this was one of the most advanced motor cars of that time, it did not run successfully owing to transmission problems.

The 1895 car was modified and was operated successfully in 1897. The car was very robust with almost no vibration due the presence of harmonic mass balancer in the engine. Lanchester was the first British car to use its own engine and transmission on the car. 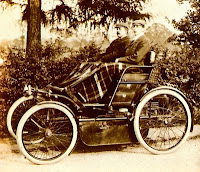 In 1899, along with brothers George Lanchester (1874 – 1970) and Frank Lanchester, the Lanchester Engine Company was formed to manufacture engines and cars. The company was renamed as Lanchester Motor Company in 1904. 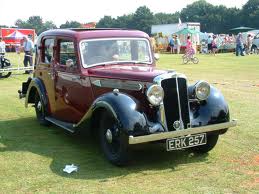 Frederick Lanchester was known for his new innovative technologies and was the first to invent a wick carburetor to run petrol engines as early as 1890s.  The most famous invention of the Lanchester was the Lanchester Balancer , a harmonic mass balancer used to balance a  straight 2-cyl or 4-cyl engines., using 2 balance shafts running at twice the crankshaft speed in opposite directions. These Lanchester Balancers are used in many modern straight 4-cylinder engines to balance the typical 2nd order vibrations. One of the modern example is the Mitsubishi "Silent Shaft" design.

Lanchester Motor company was taken over by BSA group in 1930 and integrated in to the Daimler division.  BSA/Daimler/Lanchester was taken over by Jaguar in 1960 and later on passed on to FORD PAG. Currently the brand is with TATA Motors of India when they acquired the Jaguar – Landrover from FORD.
Posted by Unknown at 2:41 PM